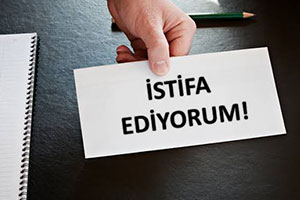 The relevant article is grouped under 3 headings; health reasons, situations that do not comply with the rules of morality and goodwill and the like, compelling reasons.

Situations and similar situations that do not comply with the rules of morality and goodwill;

According to Article 26 of the Labor Law, the right to terminate the employment contract immediately due to situations that do not comply with the rules of morality and goodwill cannot be exercised after 6 working days have passed from the day the worker learned of such behavior and in any case 1 year from the realization of the act! Any termination made after these deadlines are considered unjustified termination.

According to Article 17 of the Labor Law, the party who terminates the employment contract unilaterally must pay the employee’s wages of at least 2 and at most 8 weeks, a notice indemnity determined according to his/her seniority. As it can be understood from the text of the article, there is no distinction between just cause or the other. For this reason, even if the worker terminates the employment contract for just cause, he cannot be entitled to notice compensation!

Employees who terminate the employment contract for just cause, apply to İŞKUR within the period of time, register that they are ready to take a job, if their insurance premiums have been paid for at least 600 days in the last 3 years, including the last 120 days, and they are entitled to unemployment benefits.

In the event of termination of employment contracts, it is beneficial to get support from a specialist lawyer in order to avoid loss of rights. You can always contact us regarding the issue.