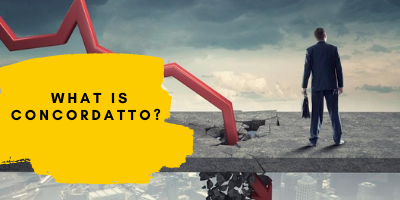 The Concordatto has been regulated within the scope of the “Law on the Amendment of the Execution and Bankruptcy Law and Some Laws” numbered 7101, which was accepted on 28.02.2018 and published in the Official Gazette dated 15.03.2018 and numbered 30361. The most fundamental change brought within the scope of this law is the repeal of the “Delay of Bankruptcy” and the replacement of the Concordatto.

Concordatto protects the debtors whose financial situation deteriorates and has difficulty in payment from foreclosure and bankruptcy pressure within a certain period of time, and enables them to improve their financial situation and maintain their economic existence.  The debtor, who has applied for concordatto, asks his creditors to give him a term to pay his debts and/or to make a deduction from some of his debts in the preliminary project he will submit with the concordatto request.

The appointed commissioner monitors the debtor’s activities during this temporary period, performs other duties assigned by the court, and submits his report to the court. Upon the creditors’ acceptance of the concordat, the concordat is submitted to the Court for approval. After the approval of the Court, the commissioner starts for duty and the definite period begins. The definite period is 1 year, and this period can be extended for another 6 months, depending on the circumstances.

If time is given for the concordatto, Enforcement Proceedings cannot be carried out within this period (there are exceptions such as employee receivables). Again, during this period, the power of legal act on the debtor’s property is restricted.

On the other hand, due to the receivables secured by pledge during the deadline, proceedings can be initiated by converting the pledge into cash or the proceedings that have started can be continued, but due to this follow-up, preservation measures cannot be taken and the pledged goods cannot be sold.

In the second possibility, if we consider that the number of registered creditors is 120 people and the value of recorded receivables is 120.000,00 TL; In order for the concordatto project to be accepted, at least 31 of that people must be accepted and the amount of the receivables of those who accept must exceed 80.000,00 TL. For the concordatto, sufficient collateral must be provided for the receivables stipulated in the law, and the expenses and fees required for certification must be stored.