WHAT ARE MALPRACTICE LAWSUITS? 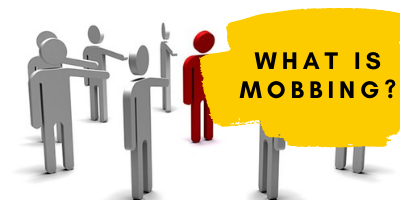 Mobbing is actually a systematic psychological pressure applied by one or more people to another person, using hostile and unethical methods. Emotional harassment in the workplace encompasses many behaviors such as psychological violence, exclusion, humiliation, disturbing, hurting work motivation and self-confidence and making them unhappy.

In order for the action to be within the scope of mobbing, it does not have to be applied by the employer, it can be done by other employees!

Daily discussions such as every disagreement in the workplace should not be confused with mobbing. Questioning professional competence, making the person feel that they are not trusted, deliberately giving work that cannot be completed within the given time, hiding information from the person, ignoring the person, isolating the person from the group, making fun of him by talking behind his back, receiving verbal or written threats, being treated as an attack on his political or religious life, being physically abused are examples of mobbing. Mobbing may occur in situations such as being employed in jobs that are harmful to their health and demoting.

Behaviors that can be shown as mobbing usually take place in a systematic and long-term way instead of appearing all at once. In order for an action to be considered as mobbing; It should be an action that is deliberately and systematically applied with a focus on a specific person, that continues for a certain period of time and tries to intimidate and enstrange the employee.

In the 417th article of the Code of Obligations, the employer is responsible for the prevention of mobbing, with the regulation that necessary measures should be taken to prevent the employee from being subjected to psychological and sexual harassment in the employer-employee service relationship.

There is no direct regulation on the subject in our Labor Law, but mobbing can be evaluated within the scope of articles such as the principle of equal treatment, change in working conditions and termination of employment contract, obligations of employers and workers.

The worker is protected against mobbing with the provisions of the Labor Law, which regulates the termination of the contract with just cause, in article 24/2. According to 24/2,” Words that will harm the honor and honor of the worker are spoken, the incident turns into sexual harassment, the employer taunts the worker or one of his family members, the worker makes unfounded heavy accusations or accusations about the worker that degrades the honor and dignity of the worker, that the worker is sexually abused in the workplace by another worker or a third party. being harassed and not taking necessary precautions despite informing the employer of this situation”

PREVENTION OF PSYCHOLOGICAL HARASSMENT (MOBBING) AT THE WORKPLACE

The Prime Ministry Circular on the “Prevention of Psychological Harassment (Mobbing) at Workplaces” published in the Official Gazette dated March 19, 2011 and numbered 27879 aims to protect employees from psychological harassment with the following provisions:

It is not always possible for the employees to detect and understand the mobbing correctly, however, proving the mobbing is also a problem. In the decision of the 22nd Civil Chamber of the Supreme Court of Appeals E. 2013/693, K. 2013/30811, T. 27.12.2013, the issue of proof of mobbing has been clarified. According to that decision, “… For the existence of mobbing, there is no need for severe violation of personal rights, injustice towards personal rights is sufficient, and there will be no unequivocal evidence in mobbing allegations; It is sufficient for the plaintiff worker to put forward the facts that will raise suspicion that mobbing was applied to him in the workplace, and the burden of proving that mobbing did not occur in the workplace falls on the defendant. “

In the same decision, “..The victim should record the facts with the element of mobbing in a consistent, sincere way to form an integrity among the elements to be claimed, by specifying the date. This will increase the possibility that the court will find the victim’s statements about mobbing credible.” The provision is also important in terms of proof.

Audio recording method can also be used to prove mobbing allegations, but we know that the audio recording taken secretly is unlawful evidence. However, the decision of the 12th Penal Chamber of the Supreme Court of Appeals, E. 2013/26087, K. 2014/10205, T. 28.04.2018, sets a precedent. In the relevant decision explained how the secret audio recording can be used as evidence. According to precedent decision, “…It is not possible for him to prove the action in any other way, and according to the expert report confirming this defense, it is not possible for the accused to record the insulting speech directed at him at the meeting, while it is impossible to prove otherwise, and it is not possible to accept that the act of the accused is unlawful.”

It is the most natural right of everyone to benefit from all the protections provided by our law against actions that may have negative effects, both psychologically, physically, and even more materially. You can contact us for all task and procedure related to Labor Law.