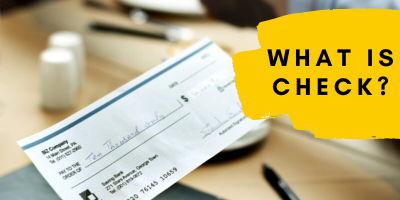 A check, which is issued as a bill of exchange, is a kind of valuable paper just like bills and policies. The check, which is one of the bills of exchange, has been regulated in the Turkish Commercial Code. At the time the Turkish Commercial Code was written, the legislator envisaged that the policy would mainly be used in practice, and therefore arranged the policy in detail. As is known, this prediction turned out to be wrong. The bill of exchange, which is the most widely used today, is the check. For this reason, although the policy has been issued in the basic sense, the provisions regarding the policy are applied in the check by analogy.

For this reason, the phrase “policy” in some of the articles of law we have mentioned in our article can be interpreted as a check.

WHAT DOES A CHECK LOSS MEAN?

Turkish Commercial Code Article 757– (1) A person who has withdrawn the policy against his will may request that the addressee be barred from paying the policy from the Commercial Court of First Instance in the place of residence of the holder.

Turkish Commercial Code Article 792– (1) If the check is found out of the holder’s hand for any reason, whether there is a check that can be transferred by written or endorsement, and the bearer proves his right according to Article 790, the new holder who has received the check can only have acquired the check in bad faith or has a serious fault in the acquisition. Otherwise, he is obliged to return the check.

Loss of a check, literally means “The check becomes unusable” and “The check leaves the owner without his consent”. As a result of natural disasters such as earthquakes and floods, the check disappears and becomes unusable, stolen or destroyed to an extent that cannot be read are among the main examples of loss of checks.

This situation, which is frequently encountered in practice, was more frequent before the entry into force of the new Turkish Commercial Code. With the new regulations, it was forbidden to write checks to the bearer and began to be written to the person’s order. After these regulations, cases of loss of checks started to be seen less frequently.

WHICH WAYS ARE USED FOR CHECK LOSS?

As stated above, the check issued as bill of exchange must be lost. This loss occurs in cases where the check is stolen, lost, torn, burned, in short, becomes unusable in any way. In order to re-establish the right that cannot be asserted apart from the check and to prevent damage, Article 757 of the Turkish Commercial Code has shown us two basic ways.

(1) The person whose policy is out of his will may request from the Commercial Court of First İnstance in the place of residence of the holder to prevent the drawee from paying the policy.

(2) In its decision preventing payment, the court allows the addressee to deposit the policy price upon maturity and indicates the place of deposit.

As it can be understood from the expressions mentioned in the law, the legal remedy to be resorted to in case of loss of check is primarily litigation. This path should be organized and examined under two main headings. These two main headings are Check Cancellation and Check Refund.

WHAT IS CHECK CANCELLATION?

Action for Cancellation is regulated in Article 651 of the Turkish Commercial Code.

ARTICLE 651– (1) If the valuable document is lost, the court may decide to cancel it.

(2) The person who has the right on the bill at the time that the valuable paper is lost or the loss occurs may request the cancellation of the bill.

As can be understood from the law, an action for annulment can be filed when the check is lost. In order for this lawsuit to be filed, carnal and formal conditions are required under two main headings.

The court in charge of the check cancellation case is the Commercial Court of First Instance. The competent court is the place of payment or the place of residence of the holder.

With the explanations we made, we briefly touched on the important issues regarding Check Cancellation. The subject of this article is about Check Refund.

WHAT IS CHECK REFUND?

Check Return case is regulated in article 758 of the Turkish Commercial Code. The first thing that a person who loses his check will do is to apply to the Court and get a prohibition decision without paying. In the continuation;

ARTICLE 758– (1) If the person who has received the policy is known, the court gives the petitioner an appropriate period to file a return lawsuit.

(2) If the petitioner does not file the case within the given time, the court will lift the payment prohibition against the addressee.

As it can be understood from the first paragraph of the provision, the first condition of filing a return lawsuit is knowing who is in possession of the policy. (As explained above, the provisions on the policy are applied in a check by analogy.) If it is not known who owns the check or the policy, then an Action for Cancellation is filed. In the announcement made as a result of the cancellation action, if the third person holding the check releases the check to the court, a return case must be filed in accordance with Article 758/1 of the Turkish Commercial Code.

The secondary condition for filing a Check Return Case is that the person who seizes the check is malicious or grossly defective. This issue is explained in Article 792 of the Turkish Commercial Code.

Turkish Commercial Code Article 792– (1) If the check is found out of the holder’s hand for any reason, whether there is a check that can be transferred by written or endorsement, and the bearer proves his right according to Article 790, the new holder who has received the check can only have acquired the check in bad faith or has a serious fault in the acquisition. Otherwise, he is obliged to return the check.

As it is clearly stated in the provision, the person who subsequently receives the Check must be in bad faith or grossly defective. It is not specified in the law which reasons constitute a serious fault.

The competent court in this regard is the Commercial Court of First Instance.

Above, we have briefly explained what you need to know about Check Cancellation and Check Refund Case. As it can be understood from the text, it is an extremely important and detailed process. For this reason, click here to get information about what has been said and more.