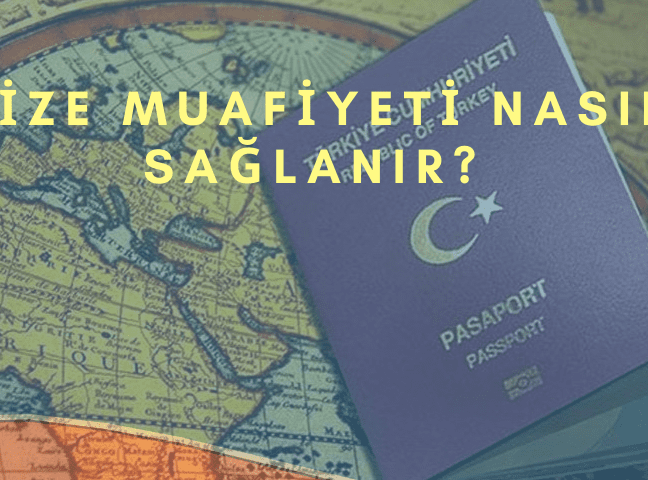 It is accepted as visa exemption that foreign nationals can enter Turkey without a visa and stay in the country within the exemption period. Foreign nationals who come to the country within the scope of visa exemption have the opportunity to stay in Turkey for 90 days within 180 days without obtaining a residence permit. According to the current figures given by the General Directorate of Migration Management, there are 90 countries that Turkey recognizes visa exemption. Visa exemption may arise from domestic law rules, bilateral or multilateral treaties to which Turkey is a party, or Presidential Decrees that exempt citizens of certain countries from obtaining a visa to come to Turkey.

1-) Visa Exemption caused by Domestic Law  1a. Foreigners who have a valid residence or work permit as of the date of entry to Turkey are exempt from obtaining a visa. In other words, people who have obtained a residence and work permit in the country do not need to undergo a second check on their return to the country. 1b. Persons who are stateless or who are deemed obliged by the Ministry of Interior to be subject to the procedures applied to actually stateless persons in terms of residence and travel in Turkey, because their citizenship status is not regular, may be issued a passport bearing the stamp of foreigners in order to travel internationally. These passports can be issued for only one entry or exit to Turkey, as well as for one exit and one entry. Holders of passports bearing the stamp special for foreigners, passport holders that have given permission to return to the country and have not lost their validity, do not have to obtain a visa to enter Turkey.

1c. Persons who are within the scope of foreigners with special status, who are Turkish citizens by birth, but who renounced Turkish citizenship by obtaining permission from the competent authorities, do not have to obtain a visa.

2-) Visa Exemption caused by International Treaties There are 2 important international agreements we have signed about visa exemption.

2a. Ankara Agreement of 1963: This agreement, signed between Turkey and the European Economic Community, entered into force in 1964. In this treaty, which was mostly about trade and customs union, there were also provisions for individual rights. After the agreement entered into force, although a provision was added that Turkish citizens could enter EU countries without a visa, this provision was never implemented.

2b. European Treaty on Travels of Persons between Member States of the Council of Europe: With this treaty, it has been decided that the member states will enter the state parties without a visa for up to 90 days in every 180 days without the purpose of sharing profits. Turkey became a party to this treaty in 1961. Due to the political, social and economic conditions brought about by the coup in the 1980s, Turkish citizens began to migrate to European countries intensively. After these developments, the contract was suspended and although it is still in force, Turkey cannot benefit from these rights.

2c. Turkey has signed many bilateral and multilateral international agreements on visa exemption. To give a recent example; With the “Agreement on Mutual Visa Exemption between the Government of the Republic of Turkey and the Government of the Republic of Azerbaijan” signed in Baku on February 25, 2020, it has been decided that Azerbaijani citizens and Turkish citizens are subject to visa exemption for mutual travels.