WHAT IS DEPORTING DECISION PROCESS?

WHAT ARE MALPRACTICE LAWSUITS?

WHAT IS DEPORTING DECISION PROCESS? 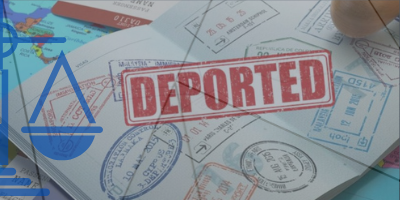 In our country, deportation is generally the sending of a foreign national to his own country, a transit country or a third country for reasons specified in the law. The deportation process is regulated between Articles 52 and 60 in the Fourth Section of the Second Part of the Foreigners and International Protection Law (YUKK) No. 6458. Titles between Foreigners and Deportatation.

The foreigner or his legal representative or lawyer may apply to the administrative court against the deportation decision within seven days from the notification of the decision. The person applying to the court also notifies the authority that made the deportation decision. Applications made to the court are finalized within fifteen days. Without prejudice to the consent of the foreigner, the foreigner is not deported within the period of filing a lawsuit or, in case of a judicial remedy, until the trial is concluded.

FOR WHOM CAN A DEPORTATION DECISION BE TAKEN?

Deportation decision is taken for the following foreigners:

b) Those who use false information and fake documents in the procedures for entry to Turkey, visa and residence permits,

c) Those who earn their living through illegitimate means during their stay in Turkey,

d) Those that pose a threat to public order or public safety or public health,

e) Those who exceed the visa or visa exemption period for more than ten days or whose visa has been cancelled,

f) Those whose residence permits have been revoked,

h) Those who are found to be working without a working permission,

i) Those who violate or attempt to violate the provisions of legal entry or exit from/to Turkey,

j) Those who are found to have come to Turkey despite being banned from entering Turkey,

k) Among those whose residence permit extension applications are rejected, those who do not leave Turkey within ten days,

m) Those who are considered to be related to terrorist organizations defined by international institutions and organizations.

FOR WHOM DEPORTATION DECISION CANNOT BE TAKEN?

Deportation decision is not taken for the following foreigners:

a) Those who have serious indications that they will be subject to the death penalty, torture, inhuman or degrading treatment or punishment in the country to which they will be deported.

b) Those who are considered risky to travel due to serious health problems, age and pregnancy status

c) Those who do not have the opportunity to receive treatment in the deported country to which they will be deported while their treatment for their life-threatening diseases continues.

e) Victims of psychological, physical or sexual violence until their treatment is completed.

APPEAL TO THE DEPORTATION ORDER

As it is clearly stated in the law, the appeal applications made to the court against the deport decision on this subject are finalized within fifteen days. Decisions rendered by the court on this application are final and cannot be appealed against.

At this stage, it should be noted that the foreigner will not be deported within the period of filing a lawsuit or, in case of resorting to a judicial remedy, until the conclusion of the trial.

For objections to the deportation decision and other legal requests and consultancy services, you can contact our expert staff by clicking here.