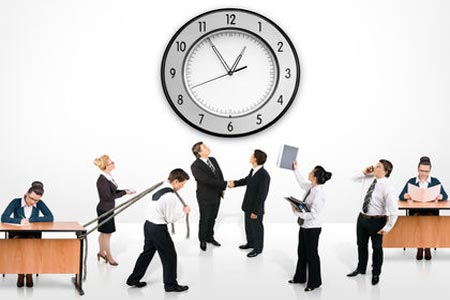 One of the biggest problems in business life, especially in cases of quitting, is experienced in the working time and overtime calculations of the worker.

First of all, when we look at the relevant provisions of Article 41 of the Labor Law and its continuation; Overtime work is defined as work exceeding 45 hours per week within the framework of the conditions written in the law. Unless otherwise agreed, the 45-hour working time is applied at the workplace by dividing it equally into the working days of the week. However, in this case, the working time in a day should not exceed 11 hours, and the sum of overtime hours cannot exceed 270 hours per year.

In the amendments made, “…the average weekly working time of the worker cannot exceed the normal weekly working time within the two-month period. The equalization period can be increased up to four months with collective bargaining agreements…” The concept of equalization work has also entered our law. In cases where the principle of equalization is applied, it has been decreed that work exceeding 45 hours will not be considered overtime. Hours exceeding forty-five hours per week at the end of the equalization period are considered overtime hours.

Except for compulsory reasons or overtime work in extraordinary circumstances, the employer must obtain the employee’s written consent to work overtime. In addition to all these, prohibitions have been introduced in the law and regulation in terms of the worker who will work with the work done on overtime.

In terms of health rules, the overtime prohibitions specified in the Labor Law are counted as working only 7.5 hours a day or less, and night work. Prohibitions brought according to the Overtime Regulation in the topic of work; In accordance with the last paragraph of Article 63 of İK, works that require only 7.5 hours or less to be worked per day in terms of health rules, works carried out during the day period, which is considered as night according to the definition in paragraph 1 of İK 69. Overtime works stipulated in the regulation can be done during the night period), Works such as mines, cable laying, sewerage, tunnel construction are works done underground and under water. In terms of workers, workers who have not completed the age of 18, Even if they have accepted to work overtime before or after a labor contract or collective agreement, workers who are documented with the report of the workplace doctor or the doctor of the Social Insurance Institution Presidency, where they are not available, are the workers who are documented with the report of the 88th article of the Labor Law. Workers who are pregnant, who have just given birth and who are breastfeeding, Workers who are employed with a part-time employment contract (Employees working with a part-time employment contract cannot have an over-term employment contract)”

The wage to be paid for each hour of overtime is paid by increasing the amount per hour of the normal working wage by fifty percent. The worker and the employer may decide the normal working time to be less than 45 hours. In this case, the wage to be paid for the periods exceeding the determined normal working time is paid by increasing the normal working wage by twenty-five percent. However, in order for the employee to be entitled to overtime wages, the work must be requested by the employer. With the Labor Law No. 4857, the worker has been given the opportunity to use his free time instead of the increased wage for his work, if he requests it. However, in order to be able to decide on this, the request must come from the worker, the employer cannot make such a decision himself.

The worker who claims to work overtime can prove this claim with written documents or in the absence of written documents, he can prove it with a witness statement. In this case, the payroll with the employee’s signature is in the nature of definitive evidence until its falsity is proven. In the established jurisprudence of the Supreme Court, if there is an overtime column in the payroll and this part is filled in, if the worker has signed the payroll without making any reservations, then the Supreme Court does not accept the claim that the worker has done more work than is shown in the payroll. (Court of Appeals 9.HD, 15.01.2001, basis 2000/14922, decision 2001/137)

An administrative fine against the employer is envisaged with the regulation in subparagraph c of Article 102 of the Labor Law against the employer who does not pay the overtime wage, which is the right of the worker. “41. An administrative fine of two hundred and ninety-five (295) Turkish Liras is imposed on the employer or employer’s representative who does not pay the wage for overtime work specified in the article, does not allow the worker to use the free time he deserves within six months, and does not get the employee’s approval for the work to be done over the hours.”

As we mentioned firstly, overtime wages is one of the most violated rights of the worker, you can contact our law firm in order to avoid any loss of rights in this regard.