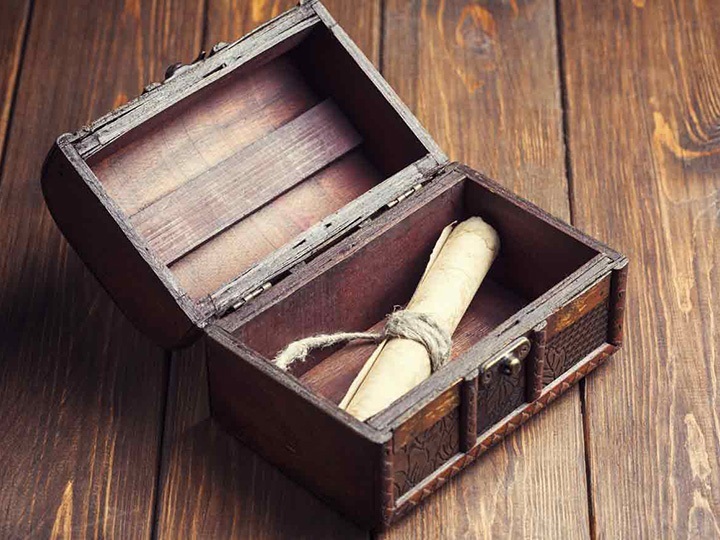 Inheritance Law is the branch of law in which the loss of rights is experienced and victimization is frequently on the agenda, perhaps the most conflicts in real life. In order to avoid these grievances, we shared a lot of information about the Inheritance Law in our previous articles. In this article, we will talk about the legal ways to remedy the loss of rights in inheritance sharing.

It is the case that allows the infringement of the inheritance right of the heirs, who are the secret shareholder, to be eliminated by exceeding the freedom of ownership, which we have mentioned in our article “Sharing the Inheritance” before, and to bring the savings made by the legator within the legal limits. This lawsuit is filed about the disposition due to death before the reserved share is completed, if this is not enough, to go from the newest date to the oldest.

The right to file an action for annulment falls within one year starting from the date on which the heirs with reserved shares (exceptionally the creditors of these heirs) learn that their reserved shares have been damaged, and probably ten years after the date of filing in wills and the date of opening of inheritance in other dispositions. In order for the creditors of the reserved heirs to file this lawsuit; The heir with the reserved share should not have filed this lawsuit, the heir should be given an appropriate time to file the lawsuit, or it should be clear that giving time would be meaningless, and the creditor should have a certificate of insolvency before the date the inheritance was filed. In the event of the debtor going bankrupt, the bankruptcy organisation has the right to sue. The creditors can only demand a reduction in the amount of their own debt in the criticism case they will file.

The defendants of the Action For Reduction case are the persons who have made gains subject to legal criticism by exceeding the savings rate of the inheritor. If the gain is made to more than one and different persons, there will be more than one defendant, but the heir does not have to sue all of them by bearing the consequences.

Inheritance Collusion, which is more commonly known as “smuggling from inheritance”, is the situation in which the deceased transfers certain properties to one of the heirs free of charge before he dies. First of all, collusion is a contract that is made with the aim of deceiving the other 3rd parties and that is not valid because it does not comply with the will of the 2 parties that made the agreement. There is a very important Supreme Court Judgment Unification Decision dated 01/04/1974 regarding the legal remedies that the heir who has lost his right in this way can apply;

“A person; In case it is realized that he has declared his will in the direction of sale in front of the land registry officer about the immovable property registered in the land registry, in order to deprive the heir of his right of inheritance, all heirs whose right of inheritance has been violated, whether they are a reserved shareholder or not, will be subject to the 18th Law of Obligations of the apparent sales contract. 1.4. .1974, it was decided by a majority of votes at its second meeting.”

The legal way that the Supreme Court has shown with the decision to unify this case-law is called the “Deed Annulment Case”. The plaintiff, whose hidden share ratio is damaged or whose right is damaged, can file a lawsuit for annulment of the title deed against the defendant, who is a malicious third party, who has carried out the collusion transaction with the testator after the death of the testator, or to whom this person has transferred the goods, after learning of the fraudulent transaction. There is no statute of limitations and no statute of limitations in this case! In cases where an official donation contract is made in accordance with the validity conditions, the decedent’s debt deed issuance, the testator makes a mortgage or lease agreement on the immovable and has it annotated on the title deed, the title deed cancellation lawsuit cannot be filed in line with the opinion accepted by the Court of Cassation. In the presence of conditions, in these cases, a lawsuit for criticism may be filed.

The rejection of the inheritance must be requested within 3 months from the death of the testator or the heir learning that he is the heir. This period is the period of foreclosure and the inheritance that is not rejected during this period is accepted. In cases where the official book of the decedent’s receivables and debts is kept, the period of refusal is set as 1 month from the notification of the summons to the heirs by the Court of Peace, which kept the book, inviting the heirs to the court to explain its decisions about the estate. After the book review period is over, the heir must declare that he rejects the inheritance, wants official liquidation or accepts it unconditionally or according to the book. If necessary, the judge may grant additional time.

As a rule, it is not possible to return from this after rejecting the inheritance, but if the heir makes a refusal statement as a result of mistake, deception or intimidation within the framework of Article 23 of the BK, an annulment request can be made for the refusal.

In case of expiration of the three-month rejection period, waiver or interference in the estate affairs outside of the ordinary management, the right of refusal to inherit is lost! The following provision is included in the decision numbered 2015/12439 Main, 2016/3994 dated 04.04.2016 of the 14th Civil Chamber of the Court of Cassation, which sets a precedent in this regard.

“…it has been understood that the heirs … have transferred the shares in the immovables registered in the name of his son … to their own name in the title deed and have sold them to … out of action with the same official deed. According to Article 610/2 of the TMK, this action is a behavior that means the ownership of the estate, and the plaintiff’s right of rejection has been forfeited.”

According to Art. 605 of TMK; If the insolvency of the deceased is clearly and officially determined on the date of death, the inheritance is deemed to be rejected. The determination of this situation can always be requested from the court, there is no need for a statement of will for this. With the opening of the inheritance, the heirs temporarily gain the estate as a whole, if the heirs pass the refusal period in silence, it is considered that they reject the inheritance. In the event that the inheritance is forfeited in this way, the place of residence of the creditors of the estate at the time of the lawsuit is the Civil Court of First Instance.

If the heir whose assets are not sufficient to pay his debts, rejects the inheritance with the aim of harming his creditors, the creditors or the bankruptcy office may request the annulment of the rejection within 6 months unless they are assured.

The heir’s refusal to inherit the inheritance does not prevent him from receiving the widow’s or orphan’s pension. Rejection of the inheritance is not an obstacle, as it is a right that arises directly on the descendants and spouse of the deceased as a result of the payments invested in the state over the years.

You can always contact us for all your assistance and support needs in the field of Inheritance Law, which is closely related to many branches of law.