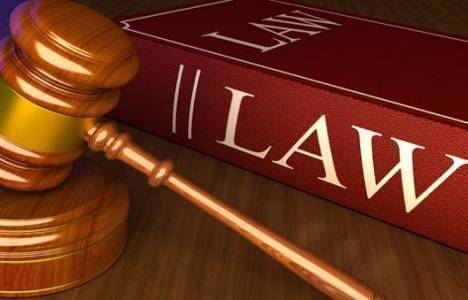 The principle of equality, which is also protected at the constitutional level, imposes an obligation on the employer not to act differently among its employees unless there is a just and objective reason in terms of Labor Law. The principle of equality is regulated in the law to be applied in the establishment, continuation and termination of the employment contract.

In the 5th article of the Labor Law No. 4857, “No discrimination based on language, race, color, gender, disability, political thought, philosophical belief, religion, sect and similar reasons can be made in the employment relationship.” Has been clarified. According to the aforementioned article, arbitrary distinctions among workers were prohibited, and in fact, the employer’s right to manage was limited.

Our women, who have difficulties in many areas in our country just because of their gender, are also exposed to discrimination, especially in the field of work. The following provisions are included in our labor law in terms of treating women workers equally. “Unless biological reasons or reasons related to the nature of the job make it compulsory, the employer cannot directly or indirectly take different actions against an employee in the conclusion of the employment contract, in the creation, implementation and termination of the employment contract, due to gender or pregnancy. For work of the same or equal value, a lower wage cannot be agreed on the basis of gender. The application of special protective provisions due to the gender of the worker does not justify the application of a lower wage.”

As it can be understood from these regulations, the employer’s obligation to act equally is not obligatory under all circumstances. The employer will not be obliged to act equally if there is a fundamental reason or if it is a biological or compelling reason due to the nature of the work. In the decision of the 9th Law Chamber of the Supreme Court of Appeals, dated 25.07.2008 M. 2008/27310, Dcs. 2008/22095, it is emphasized that this obligation does not exist unless “there are fundamental reasons” and “biological or business-related reasons make it compulsory”. The employer may take different actions based on objective reasons such as the job, expertise, education, seniority of the worker or subjective reasons such as diligence, talent, and merit. In evaluating the violation of this principle, factors such as the employer’s working in the same workplace, the existence of a worker community at the workplace, and the same status of the discriminated workers are taken into consideration.

The worker who claims and proves the violation of the principle of equal treatment is legally protected. In case of violation of the principle of equality, the worker can terminate the employment contract with just cause and has the right to demand the rights that he has been deprived of, in addition to a suitable compensation of up to 4 months’ wages. The basis of compensation will be the bare wage of the worker. The right to claim compensation under the general provisions is subject to a 10-year statute of limitations.

Violation of the principle of equality and violation of labor receivables are the problems faced by workers frequently experienced in business life. In such cases, there is nothing natural for workers to demand the rights granted to workers by law. With the help of a lawyer who is expert in his field, the victimization can be ended. You can always contact us to get information and help from our expert staff.