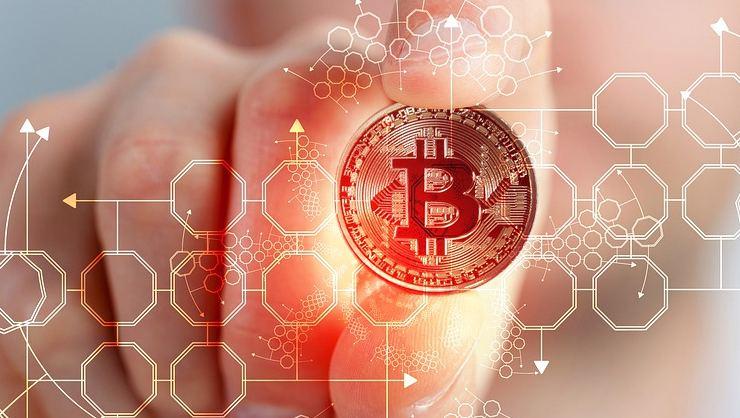 Electronic money/currency, as we know it, is a representation of tangible money in electronic form, which corresponds to banknotes and coins. Electronic money can be kept as a data in the computer environment or used in another digital space. Such as, It can be used for online shopping.

There are some benefits of using electronic money. The first of these is, the real-time payment speed in distance payments. In some electronic money systems, it is also possible to convert existing currencies into another currency. For payments to be made with electronic money, the person making the payment does not need to have a separate bank account. Electronic money can be thought of as bearer promissory bond.

The European Union’s numbered 2000/46/EG on the “Initiation, Execution and Supervision of Electronic Money Producing Institutions” envisaged a single legal system that would be valid for all member countries in terms of issuing electronic money. According to the definition of electronic money in paragraph 3b of article 1 of this directive, electronic money is a monetary value that is stored on the data carrier and is a receivable against the institution where it is produced. It is issued in exchange for the payment of an amount of money, and the value of the money amount cannot be less than the value of the (electronic) money from which it is issued, other businesses accept electronic money as a means of payment.

According to the definition in the Oxford dictionary, cryptocurrency is a digital currency that operates independently of central banks and uses cryptographic techniques in the issuance and circulation of money. According to the FATF, cryptocurrencies refer to currencies that are distributed, open-source, based on mathematics, and operate on a peer-to-peer(P2P) network. In these currencies, there is no central government authority, and there is no central control and inspection. Cryptocurrencies use cryptographic principles to develop a secure information economy that can operate dispersed and decentralized. According to another definition, cryptocurrency is a virtual currency issuance system that works like a standard currency and provides its users with a virtual means of payment for goods and services without a trusted central authority. Cryptocurrencies are based on the transmission of digital information and use cryptographic methods to ensure that money movements are legal and singular.

Blockchain is a kind of “New Age Security Tool”. The most important technical innovation introduced by the Bitcoin system is a data structure called the blockchain, in which blocks, which are a set of transactions involving money transfers, are sequentially linked to previous blocks in terms of time. Blockchain architecture is the most important component of realizing digital currency in a distributed environment provided over peer-to-peer network. In practice peer-to-peer also known as P2P.

Blockchain creates a system for recording any transaction made in the digital environment with high security, and in this respect, it has the potential to form the basis for making contracts and keeping various public records such as title deeds and personal recordings in the future. In this respect, it is a system that should be studied by lawyers as much as economists. For example, the couple Edurne and Mayel established their marriage contract on the blockchain on December 1, 2015.

In a nutshell, the blockchain is a digital global ledger that includes public, transparent, distributed, sequential and timestamped Bitcoin transfer transactions. Also a flat data and a simple database. All the work that has been done since the creation of Bitcoin is stored in the digital environment. All transactions are stored in the Blockchain. This chain has no center storage. Despite being decentralized, the blockchain is resistant to all bugs and attacks. The technological advantage of Bitcoin is that it allows anyone to transfer transactions from a free network without any centralized notification (such as a bank). In short, this system includes all transactions related to Bitcoin, but no state or institution can control these transactions.

Can Bitcoin Be Considered a İmperfect Obligation?

The most distinctive feature of imperfect obligations is that they are not protected by litigation. If there is no right to apply to the competent court in case of non-performance of the debt arising from the contract, there is a imperfect obligation here. Gambling debt is the most typical example of imperfect obligation. Gambling and betting contracts are valid, debt arises from them. However, based on these debts, it is not possible to force the debtor to fulfill his debt. This debt is an incomplete debt without the right to sue.  The main reason underlying the incompleteness of a debt (Imperfect Obligation) is that the subject of that debt is not recognized and protected by the legal order. As it is known, there is no regulation about Bitcoin in our legal system. Neither possession provisions nor regulations regarding virtual money can be used for Bitcoin. Likewise, it is not possible to own Bitcoin in terms of our law, since ownership is acquired through the transfer of possession. Given all these situations, the dominant view of judges and doctrine is that Bitcoin is also imperfect obligation. According to some legal experts, although there is no legal regulation of bitcoin, there is no legal obstacle to its application to definitive crime types.

Use of Cryptocurrency in Theft Crime

In its decision on 17.11.2009, YCGK stated that the subject of the crime was not data, but the money represented by the data, in the seizure of the internet banking password and sending the money in the account to another account, and evaluated this action within the scope of theft by using an information system. This decision of the Supreme Court is undoubtedly important for cryptocurrencies, which are not in physical structure and can only be found as data on information systems accessible over the internet. However, the Supreme Court has not yet made a decision directly on cryptocurrencies. According to the crime of theft regulated in article 242 of the German Penal Code, only physical and movable objects can be the subject of theft. This excludes cryptocurrencies such as Bitcoin from the scope of theft crime.

Although US courts tend to consider virtual goods as physical goods the possibility of theft crime, still these decisions towards Bitcoin remains unclear. In the Netherlands, the Court of Appeal has given a judgment that virtual goods are included in its assets just like physical goods.

We know that the basic form of theft crime against cryptocurrency cannot be committed in our law. However, TCK Article 142/2-e we see that theft is possible through the use of “information systems”, which is regulated as qualified in clause .For example; This qualified situation will occur if the perpetrator captures the secret key of the Bitcoin account managed by a public institution such as the Social Security Institution and transfers the bitcoins in the account to the account controlled by himself or someone else. As an example of another qualified situation, the act of the person who accesses the Bitcoin account of the victim with the secret key he has seized and transfers the funds in the account to his own account should be considered as the crime of theft. Difficulties in Identifying the Perpetrator in Crimes Committed with Cryptocurrencies

Cryptocurrencies exist on data systems and can be traded. Exposure of this system and data to unlawful acts causes the crimes described above. Investigations and prosecutions of these crimes are more difficult than other crimes. It can be said that there are two reasons for this; The first is the challenges posed by data as digital evidence. The second reason is due to the unique structures of cryptocurrency systems. Due to their physical nature, digital evidence has the characteristics of objects in material structure, but also has its own characteristics. Digital evidence is fragile, meaning it can be easily modified, collapsed, or destroyed. Obtaining, collecting and protecting digital data requires using forensic techniques. Digital evidence can be easily copied or reproduced. Therefore, determining their originality and belonging requires expertise. The easy creation of forged digital evidence requires it to be subject to careful scrutiny and verification. Digital evidence has the ability to easily spread to countries with different laws and jurisdictions. For example, a group of hackers in Ukraine may use a computer server in Canada to carry out a cyber-attack on a bank in Turkey, and the data of this crime may be scattered in other places along with these countries. Because cryptocurrencies are decentralized entities, investigative and prosecuting authorities will have a hard time finding an interlocutor to request the documents and information they need. For example, Bitcoin is a system where anyone can transact with anonymous identities, without a central management and control unit. In the case of an illegal transaction, there cannot be an official to request cooperation to determine who owns the Bitcoin address used in the incident. Banks and financial institutions are obliged to report suspicious transactions to the competent authorities (such as MASAK) due to their legal obligations. Such a requirement does not seem possible for cryptocurrency systems due to the absence of the relevant centralized structure. In addition, since money movements occur directly between the parties without intermediary institutions in these systems, it becomes difficult to detect illegal transactions. The ability of cryptocurrencies to transact with the obscure identity (anonymity) they provide is a factor that makes it difficult to detect criminal suspects. A person does not need to declare any identity to register in the system. Account numbers of individuals consist of a long string of letters and numbers that do not contain any information about the person concerned. All money transactions take place between these accounts. Besides, some cryptocurrency systems (like zCash, Monero) claim to provide complete anonymity. In these systems, only the parties can see the transaction, and third parties cannot examine the transaction from the outside. Again, by using the mixer service offered by third parties to hide suspicious transactions, it can be made more difficult to monitor money movements.